Immigration law is the name known by the Organic Law 4/2000 of the 11 of January, about the Rights and Freedoms of foreigners in Spain and their social integration. Spanish rules are the ones governing the entry and residence of non-EU foreigners in Spanish territory, and the rigthgs and freedoms guaranteed to them.

The Law comprises seventy-one articles structured in five titles . The Preliminary Title contains general provisions and others refer , respectively , to the rights and freedoms of foreigners , legal status , infringements on foreigners and disciplinary proceedings and coordination of public authorities .

The general rule in relation to the rights of foreigners is established in Article 3 of the Act , which states that exercise the rights recognized in the Spanish Constitution in the terms established in the immigration law and international treaties , interpreted in accordance with the Universal Declaration of human rights and other human rights treaties in force . If there is no specific rule , it is understood that foreigners exercising their rights on an equal footing with Spanish .

There are certain rights that are solely subject to immigrants or have a specific regulation or a special relevance in immigration law . Among them include the right / duty to documentation, the right to family reunification and the right to transfer funds. 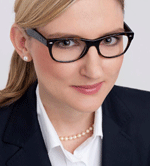