Urbanism, as an autonomous discipline , arises from the contradictions offered by urban and social reality of this industrial capitalism and its reflux in the organization and structuring of urban space, space acquires an economic value unknown before. The creation of this discipline was initiated from the political level with the role of a technical public administrator, and, from private plane with the formation of small dedicated groups. It was also supported by Universities and professionals institutions were they developed theories, techniques and methodologies, etc.

Following 1976, 1992, 1998 laws ( amended in 2003) have set basic parameters of soil types and corresponding types and duties for the owners. However, the practical application belongs to the autonomous communities. 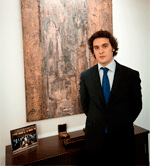